The temperature today felt about 10 degrees warmer than yesterday as the nasty East wind had gone. We were up and about early and got to the boot sale by 7.30, but even then it was very busy. Loads of car boots there and we went up and down and round and round. C found nothing but I got two things from my 'looking for' list. A nice big mirror in an oldish pine frame for only £2. 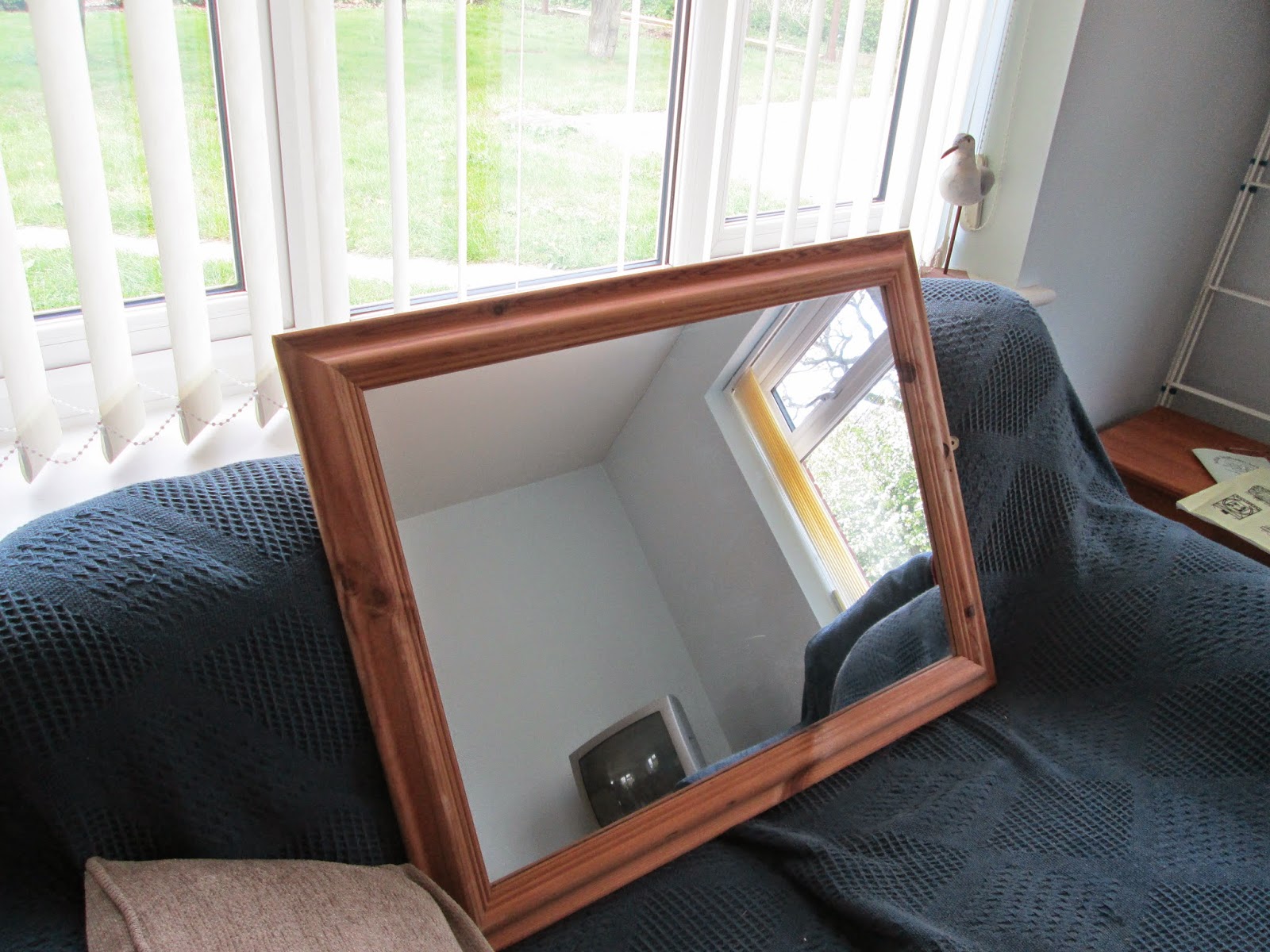 The Hosta I wanted ( green leaves with white edges) was £1.75. A couple of fly swats for 10p each and two new navy blue pillowcases for £1 were the other things I bought. We were home by 9am and after a coffee and doing the jobs we hadn't done before we went - like washing up- it was straight on with gardening.

So much to do! I always start to panic at this time of year, I don't know why because we always end up with something to eat and to sell.
There were Purple sprouting broccoli, calabrese and white cabbage plants to go out.  Then I had  small trays of nasturtiums, sweet peas and snapdragons that needed planting and some parsley plants. French climbing beans were sown in pots and squash plants potted up from modules into pots.
I think the purple sprouting is a bit too early so I've sown some more plus red cabbage, cauliflower, winter cabbage and more calabrese. That leaves sweetcorn to do in a couple of weeks time.
A friend sent a packet of perennial verbena seeds in with my birthday card so those have also been sown.

It is nice when people appreciate our eggs and the campsite. I found a note through the door yesterday from someone called Suzanne ( not sure who this is) to say she always bought our eggs when passing and they were better than any others. Then this morning I was cleaning the campsite loos when a caravan was just about to leave and the man said we had a really good site, one of the best small sites they've stayed at. It makes all the loo cleaning worthwhile!

C has been sorting out the big IBC  thousand litre water containers that we fill and take up the field for the chickens. One had got a faulty tap so has been swapped over. We have them on a couple of old trailer chassis, such an easy way of moving water round the holding.
We are really short of water this year already, despite catching several thousand litres during the rains earlier, the dry weather over the last few weeks has meant quite a lot of watering has been done. In fact C got a phone call from our farmer friend  W to say they are starting to irrigate the wheat and C will be needed to move the irrigation equipment during the day when W is at work elsewhere.

I have another two followers on Google friends and one is another Suffolk blogger with a brand new blog. So welcome to Musings From a Mid Suffolk Meadow. ( I can't find out who the other new follower is, but welcome whoever you are). Mentioning Mid Suffolk reminds me of a news item on BBC Look East yesterday. The reporter was in the village of Wyverstone which is next door to the village of Bacton where C lived and went to school, and where  we lived  for  several years and where I was Cub Scout Leader for many years. He was reporting on a police 'incident' involving assault and some firearms being found in a cottage, where a 49 year old man had been arrested. " Goodness me" we said "wonder if that would be anyone we knew".  Although as C is 57 it wouldn't have been anyone he was at school with. Then I got a shock when we heard it was someone who was a cub in the pack just at the time I started helping. It seems odd that I thought I was really grown up when I became a leader and yet the cubs were only 10 years younger than me.