The weather forecasters told us we would have showers overnight and wake to rain this morning, but they were wrong again. The sun was shining merrily when I let the chickens out at 7 am and we had no rain at all.

C was off early down the road to Friston to sort out the irrigation system on the fields there. He had to move some of the pipes too so it was a 2 hour job today. He also had to go back and find all the valves that get hidden in the field edges during the winter , ready to go back again, turn things off, move the big reel thingy and connect everything up again just before dark. It's a good thing he only has to drive a mile down the road to do all this. And of course he will get paid which will include our diesel costs.( My description of the big watering system is a bit vague - I really have no idea how it all works These are the pictures I took last year which don't do anything to explain it !)

After coffee this morning we got the front fence sorted, after 4 months with a broken fence all the boards are fixed back, so we are nice and tidy again.

We always have plenty of pallets that I can chop for kindling so I don't really need to pick up sticks and fir cones from the garden but it's nice to do it now and again as it makes me feel just a weeny bit as if we really are " living the simple life!" 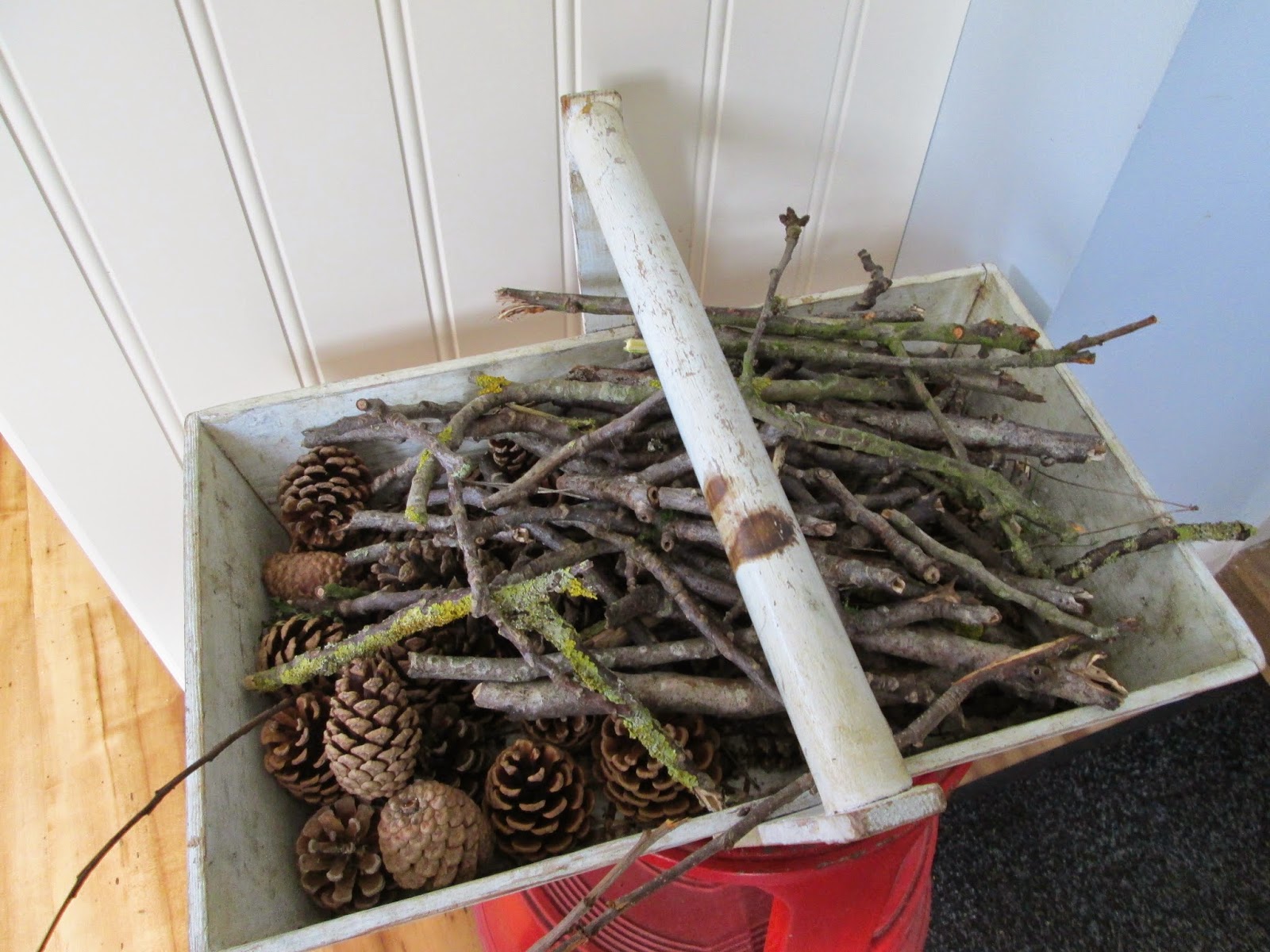 I didn't really spend all day yesterday writing lists as I also got the big chest freezers sorted ( and all the usual house and egg jobs too of course). With so much of our stored fruit now eaten I wanted to squash everything back into one freezer. It does make it annoying when getting stuff in and out but running one freezer instead of two for the summer saves several pounds I think. We have also got the usual fridge/ freezer indoors for keeping things used regularly and small packs that get lost in a chest freezer. Our chest freezer shed is several steps up the garden and when it's raining it feels further away!

Frugal Queen was blogging about using frozen food as it is often cheaper and sometimes better quality than fresh. I do agree with her about peas and fish but not the green beans she had served up. They lose all their colour when frozen and if you've grown your own in summer and cooked them quickly so they are green  and full of flavour then there is no way you could eat the sludge coloured frozen ones!
So as I don't have green beans in my freezer, what do we have?
Last time I did a freezer list (in January) it was just the meat but this is everything that is squashed in.

In the indoor freezer are things like frozen peas, home made Naan bread, Ice cream that's in use, boxes of home made pizza topping and tomato sauce for pasta, the very last small bag of home grown sweetcorn, a bag with a few lemon slices ( left since Christmas?) and some Basil frozen in ice cubes that I keep forgetting to use.

It's good to have a sort out and write a list now and again because now I know I've got enough fruit to make a batch of Tutti Frutti Jam and I need to make Tomato and Herb bread rolls next week.
We also have enough of a variety of meat so that I don't need to buy anything unless I see it reduced .
As you can tell we have no intention of starving!

Back Tomorrow
Sue
PS Thanks to blogging friends for comments yesterday
at April 24, 2014