This is where we went this morning 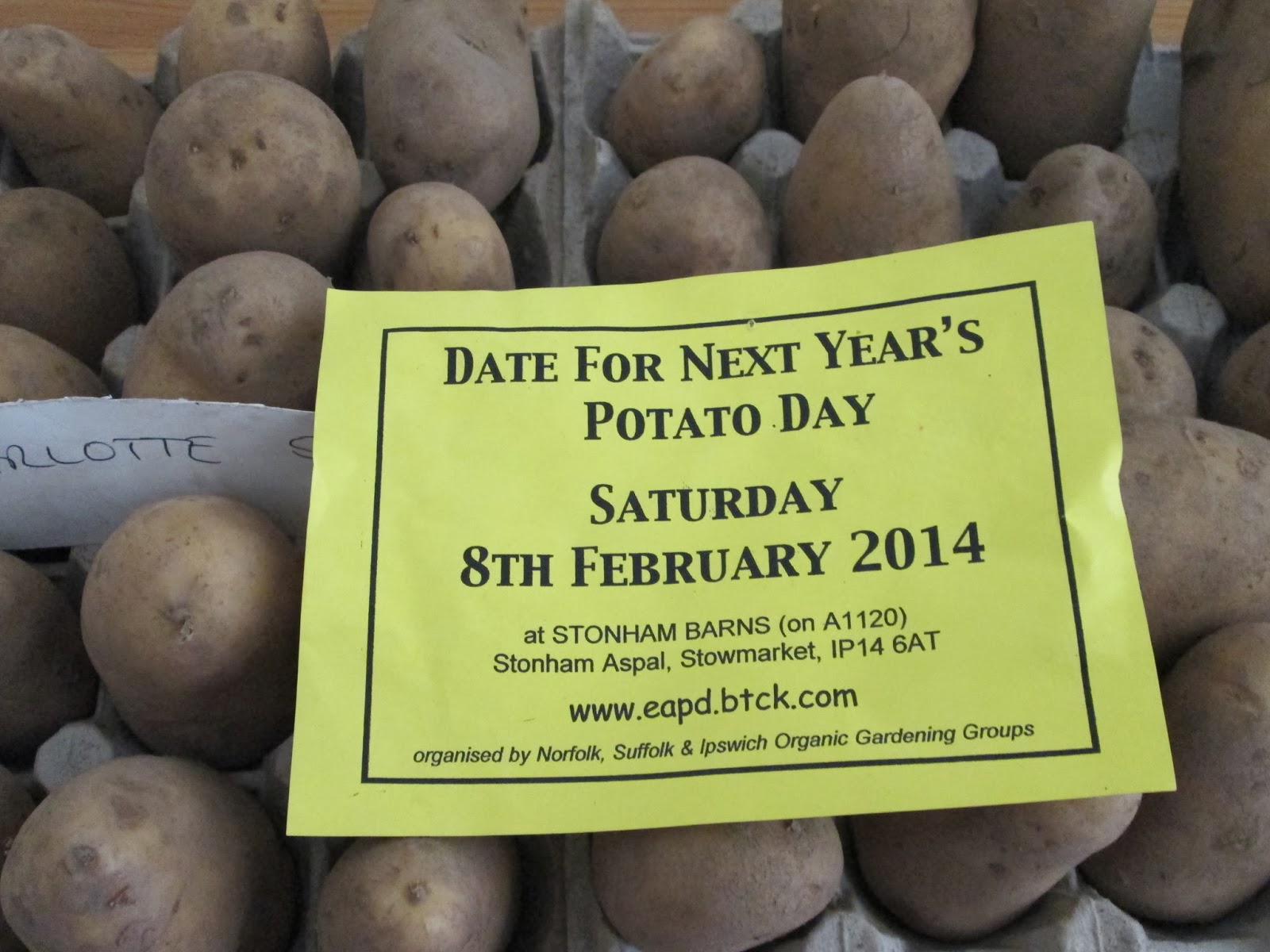 This is the length of the proper British queue to get in at about 9.20, by the time they opened up at 9.30 the queue was even longer, so it's a very popular event. 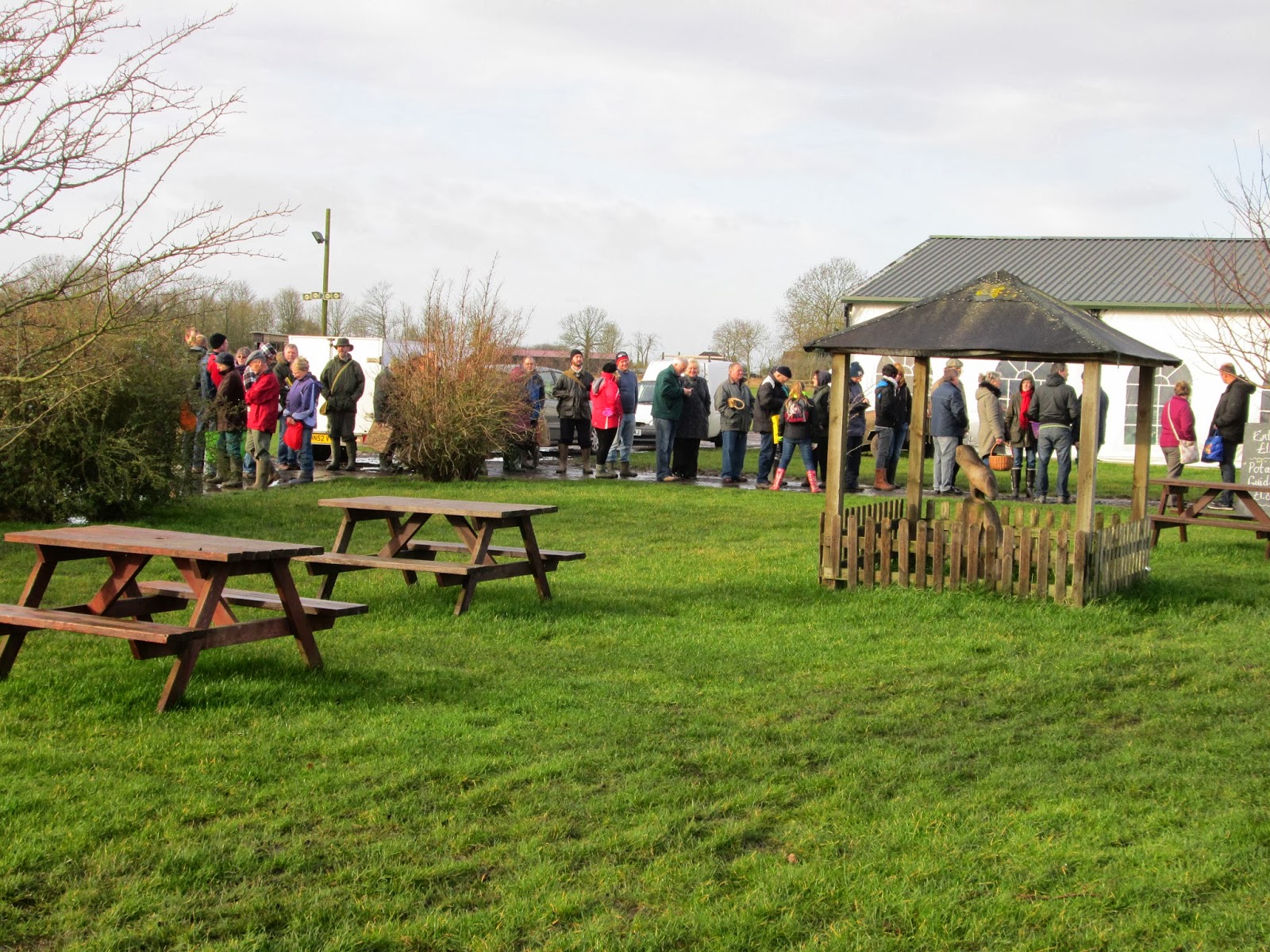 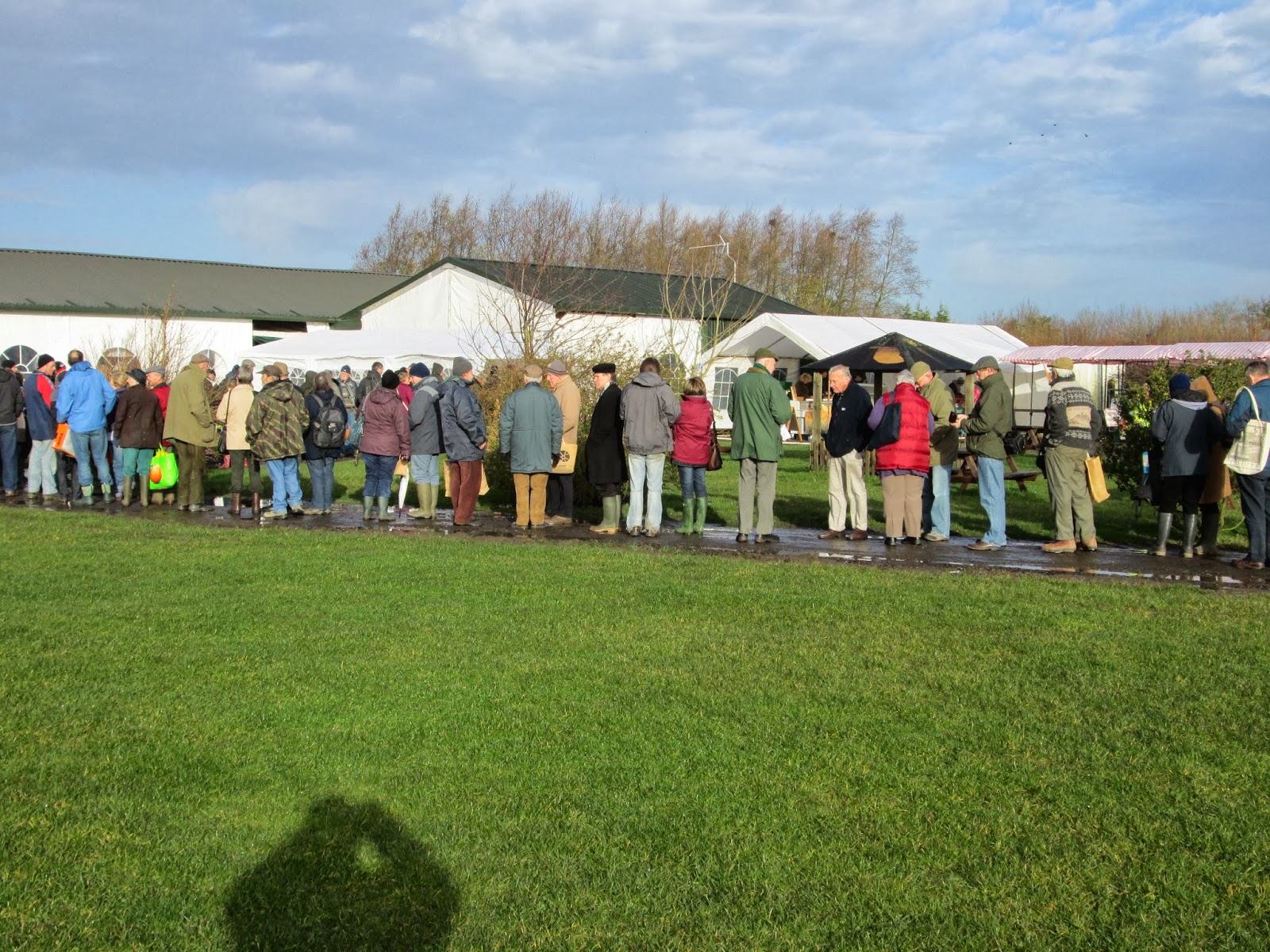 We've been going to this for many years.They have about 80 varieties of potatoes to chose from and it was good value. But the price per tuber had gone from 12p last year up to 15p, ( which we didn't know until we got there) so we may not go again. Over the years we've tried all sorts of different spuds. This year our very early ones - 16 'Rocket' have gone straight into the bed in the poly-tunnel as soon as we got home. Last year we tried 'Swift' which were swift but tasteless. 28 'Duke of York', 28 'Foremost' and  our favourite 56 'Charlotte' are all on egg trays chitting.( which is a word even though blogger says it isn't!). These are all First and Second Early potatoes and will go into 4 beds in the garden. Most will be sold and as we dig fresh each morning they are very popular and sell quickly.
We now have to decide what to do about maincrop spuds which usually go out on the field. Last year we got a half a sack of  cheap seed spuds from a friend -  he didn't know what they were but they were very poor quality, as were some of our own saved from the year before- 'Cara'. Cold weather early then dry did them no good at all. It was obvious that they were not going to store well so we sold a lot fresh dug during the autumn. 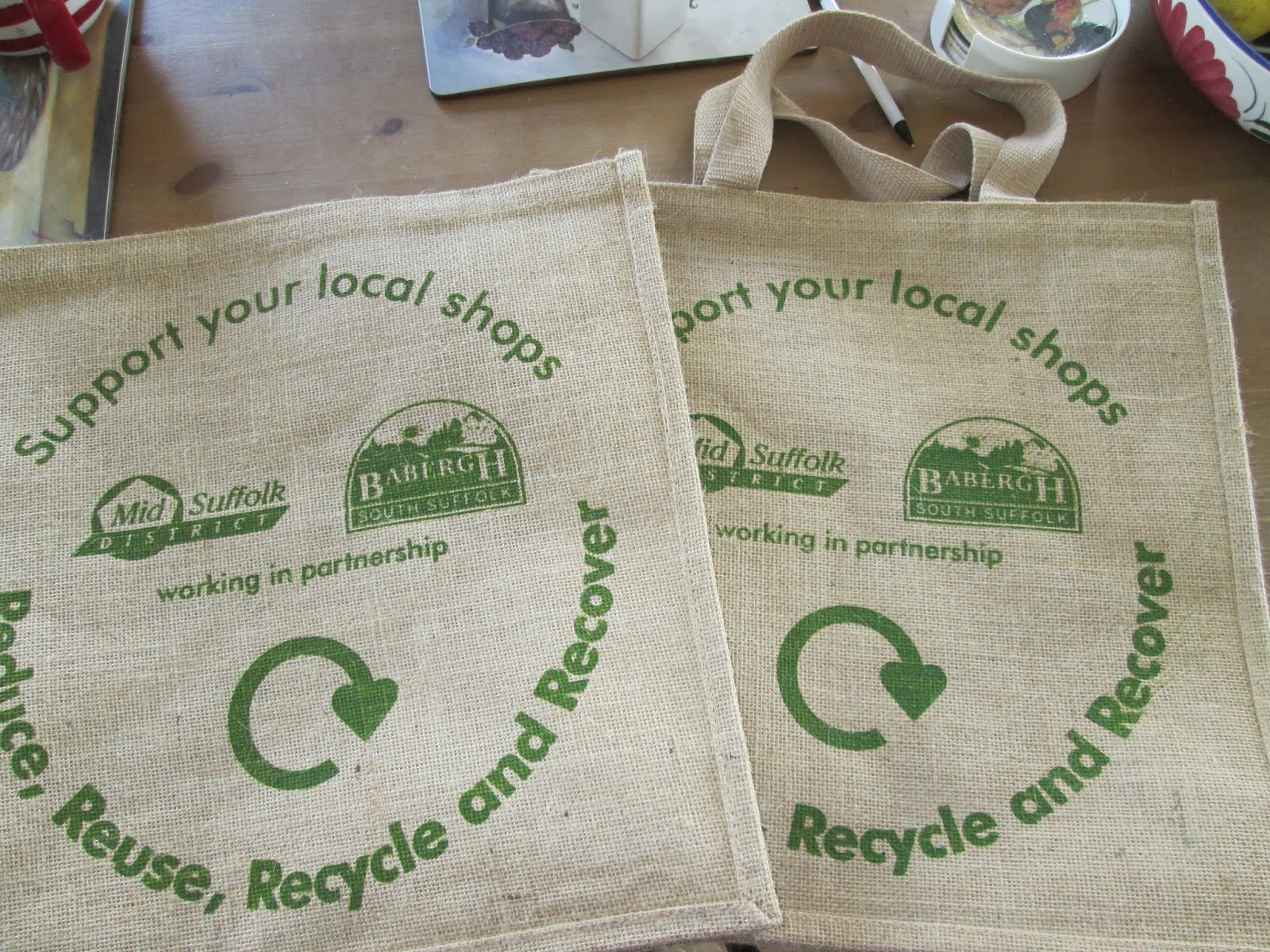 We are not even in their council area but I now have 8 of these  in the cupboard, which is why I won't need to make or buy a bag for years.

Then it was time to head home for coffee, planting the Rocket spuds in the poly-tunnel  and then, while the sun was still shining, we both did some tidying outside. He attacked  some of the low branches on the apple trees and I went round the shrubs. The wind was strong and very cold and everywhere is so wet underfoot that it didn't make for pleasant working and we both decided we had had enough by midday.

Thank you to Helen, Bridget, The weaver of grass, Ilona , Morgan, The Squirrel Family and Jane for comments yesterday.

Right, now I'm off to read what everyone else has been up to today.

Sue in Suffolk
I'm creeping towards 70 and proud of being Suffolk born and bred! After 38 years of happy marriage .....with 23 of those years spent on a self-sufficient smallholding....my dear husband Colin was diagnosed with Mantle Cell Non-Hodgkin Lymphoma and died in May 2018. Our 3 grown up children have given me 5 wonderful grandchildren. In 2021 I moved 3 miles from a cottage at the end of a lane to live on the edge of a village in Mid Suffolk. .